The fifth and final stage in Tolkien’s “lowerarchy” of evil, already anticipated in his account of domination and thus revealing the latent motive within it, is that of outright annihilation, the will not simply to control and subordinate the being of others, but to destroy them all together. In the Ainulindalë, accordingly, although Melkor is initially satisfied, when the Vision of the world is first given, with making himself the lord and master over it, when he fails (as he must) to achieve this, he falls into utter nihilism in his efforts simply to undo all the demiurgic work of the other Valar. In a commentary titled “Notes on motives in the Silmarillion” (a variant manuscript refers to it as “Some notes on the ‘philosophy‘ of the Silmarillion–Morgoth’s Ring 394), Tolkien distinguishes the domination of Sauron from the later annihilationism of Melkor in this way:

when Melkor was confronted by the existence of other inhabitants of Arda, with other wills and intelligences, he was enraged by the mere fact of their existence… Hence his endeavor always to break wills and subordinate them to or absorb them into his own will and being, before destroying their bodies. This was sheer nihilism, and negation its one ultimate object: Morgoth would no doubt, if he had been victorious, have ultimately destroyed even his own “creatures,” such as the Orcs, when they had served his sole purpose in using them: the destruction of Elves and Men… [L]eft alone, he could only have gone raging on till all was leveled again into a formless chaos…

Sauron had never reached this stage of nihilistic madness. He did not object to the existence of the world, so long as he could do what he liked with it. He still had the relics of positive purposes, that descended from the good of the nature in which he began: it had been his virtue (and therefore also the cause of his fall, and of his relapse) that he loved order and coordination, and disliked all confusion and wasteful friction…

Morgoth had no “plan”: unless destruction and reduction to nil of a world in which he had only a share can be called a “plan.” But this is, of course, a simplification of the situation. Sauron had not served Morgoth, even in his last stages, without becoming infected by his lust for destruction, and his hatred of God (which must end in nihilism). (MR 395-7)

The will to dominate, as typified by Sauron, still at least admits the existence and therefore at some level the desirableness of other things, provided they can be made to enlarge oneself. This ambition, however, is never wholly achievable, inasmuch as the otherness of things is ultimately an irreducible, transcendental prerogative and gift of all being, and so the unwavering pursuit of absolute domination invariably devolves into annihilationism, the will to power, in other words, into the will to obliterate. In his suggestion that, following the success of his own domination, Melkor “could only have gone raging on till all was leveled again into a formless chaos,” Tolkien articulates the same logical progression of evil that he may have observed in Maritain’s Art and Scholasticism, wherein Maritain alludes to Thomas’s discussion in the Summa on the potentially infinite hunger of the concupiscible appetite (ST 1-2, 30, 4):

Material progress may contribute [to the production of art], to the extent that it allows man leisure of soul. But if such progress is employed only to serve the will to power and to gratify a cupidity which opens infinite jaws—concupiscentia est infinita—it leads the world back to chaos at an accelerated speed; that is its way of tending toward the principle. (Maritain, Art and Scholasticism, 75)

In summary, in Melkor we see the misguided, primeval attempt at making things other than himself, after passing through the Sauronic desire to assimilate all other things to his own self, devolve finally into its complete antithesis in the desire to unmake those things other than himself, the feeling of one’s own being as threatened by and impinged upon by the mere fact of their existence. The contemporary application of this fact, finally, is a stinging indictment of where modern, industrial and mechanized culture is headed. The Sauronic “will to mere power” (Letters160), according to Tolkien (and in contrast to Nietzsche), is not the solution to, but the presaging of, the Melkorish will to nothingness.

If the aim of domination is the reduction of the being of another to the image or extension of one’s own being, the principal means for accomplishing this end is what Tolkien refers to as “Magic,” not in the sense of a generous “Enchantment,” but in its negative, occult, and manipulative sense, or, as its modern counterpart has it, “the Machine,” which leads to the third aspect of the Ring I wish to consider. Although Tolkien in general discourages his readers from allegorizing the Ring (the Ring as nuclear power or the atomic bomb, for example), in one letter he nevertheless says that the “primary symbolism of the Ring” is “the will to mere power, seeking to make itself objective by physical force and mechanism, and so inevitably by lies” (Letters160). (That Tolkien may have had Nietzsche’s notion of the will to power particularly in mind here is further implied in his statement, in the same passage, that one “moral” of The Lord of the Rings is, consistent with Nietzsche, “the obvious one that without the high and noble the simple and vulgar is utterly mean,” and yet, contrary to Nietzsche, “without the simple and ordinary the noble and heroic is meaningless.”) Note that Tolkien does not say that the Ring symbolizes technology or mechanization, but that it symbolizes the will or intent to dominate through the production and use of these means. Thus, if the Ring in Tolkien’s fiction should appear as a thing inherently evil, as Shipppey points out, I submit that it is less because Tolkien has momentarily lapsed into a Manichaean, evil-objectifying dualism, than it is a matter of the Ring embodying mythically an inherently problematic attitude towards reality. Also, as the mythical incarnation of Sauron’s corrupt will, the Ring possesses (ironically) a personal dimension or connection that sets it apart from ordinary inanimate objects. One reason the Ring cannot be used for any good whatsoever, therefore, is not because it is an objectified form of independently existing evil, but because the Ring represents and embodies a person, and even evil persons such as Sauron are (as Kant recognized) to be treated as ends and never as means only.

Even considered as a material object, however, Sauron’s Ring might be compared to what Thomas describes in his Summa, in an article on “Whether the adornment of women is devoid of mortal sin,” as a case of “art directed to the production of good which men cannot use without sin” (ST 2-2.169.2 ad 4), a passage Jacques Maritain refers to in his Art and Scholasticism (a work, as I have suggested previously, Tolkien may have been aware of). In such cases, Thomas argues, “it follows that the workmen sin in making such things, as directly affording others an occasion of sin; for instance, if a man were to make idols or anything pertaining to idolatrous worship.” In addition to it being the mythical embodiment of Sauron’s corrupted will, therefore, the Ring in and of itself is evil in the sense that it is was made for one purpose alone, namely the tyrannous domination of others, and therefore has this evil as its only “proper” use (for which it is indeed useful, and therefore in that sense “good”).

Another passage from St. Thomas, this time from the Summa’s discussion of evil proper, that might possibly inform a reading of Sauron’s Ring is found in his explanation, discussed earlier, as to how good can be the cause of evil (ST 1.49.1). When there is a “defect” or “ineptitude” in the instrument or matter of the agent, Thomas argues, then there will be a corresponding defect in the action or effect of the action. And this is the problem with the Ring: designed as a means for dominating others, in addition to it being the literal embodiment of a corrupt or defective will, the Ring has an inherent defect which must corrupt every action, no matter how well intended, in which it is used. (For a related discussion on how “Aquinas also has something to contribute to the problem of the Ring of Power,” see Alison Milbank, Chesterton and Tolkien as Theologians, 24.) 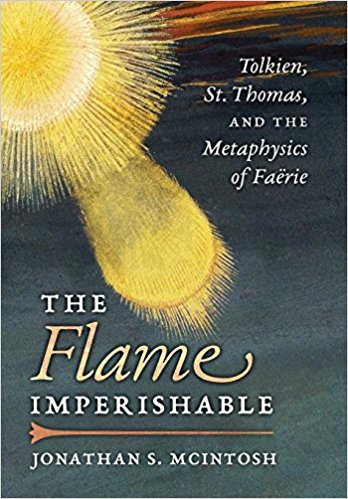